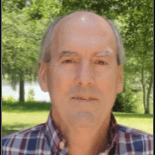 Michael Mathews is a native of Chicago and completed a Master Degrees in Biology. He started a lifelong career connected to medical products by working with the merged Baxter Healthcare and American Hospital Supply Corporation conducting pharmaceutical research, drug and medical device development, FDA product approval and manufacturing quality assurance. He then relocated to Boston to work for Haemonetics a company that designs and manufactures blood collection and component preparation equipment. Following that, he started with responsibilities for FDA and manufacturing QA and left after servicing as the President for the Blood Bank Division. Michael continued with other venture biotechnology companies working on blood component storage and preservation as well as other plasma derived therapeutic proteins. After living in several states including 5 years in Switzerland, moved to Palmetto Bluff in 2006. He then worked locally as the Savannah/Beaufort Regional Manager for the local community blood collection organization The Blood Alliance. In addition to being on the Rural and Critical Land Preservation Board, Mathews serves as Vice Chair on the Board of Directors for the Don Ryan Center for Innovation based in Bluffton. Michael is also active with the Beaufort County Schools as a science fair judge associated with the Sea Island Regional Science Fair Organization.