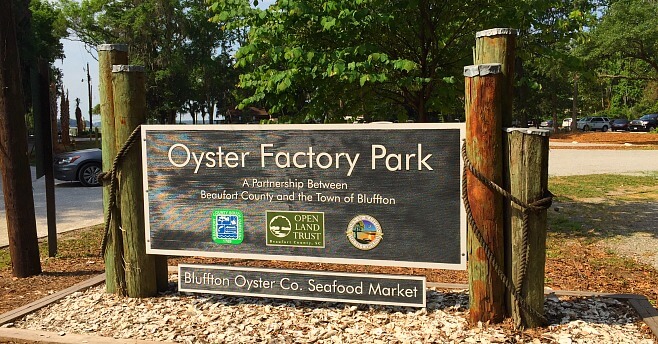 The Town of Bluffton held a ribbon cutting ceremony on May 12, 2016 to celebrate the completion of the renovations at Oyster Factory Park. The improvements to the park include a new ramp and boat dock for better access to the May River as well as increased parking spaces and sidewalks.

Oyster Factory park remains culturally and historically significant. The Bluffton Oyster Company still operates from the property and is the last hand-shucking house in the state of South Carolina.

The original purchase of Oyster Factory Park was made by the Beaufort County Open Land Trust in 2001 with the support of the Town of Bluffton. The Trust worked with the generous landowner Mr. Jerry Reeves, III who opted to preserve the property rather than sell it. The property was later purchased by Beaufort County with funds from the Beaufort County Rural and Critical Land Preservation Program. A conservation easement was placed on a portion of the property held by the Trust so that it forever remains a park for citizens to enjoy. The Town of Bluffton now manages and maintains the operation of the park. Oyster Factory Park is an exemplary example of true partnership at work.